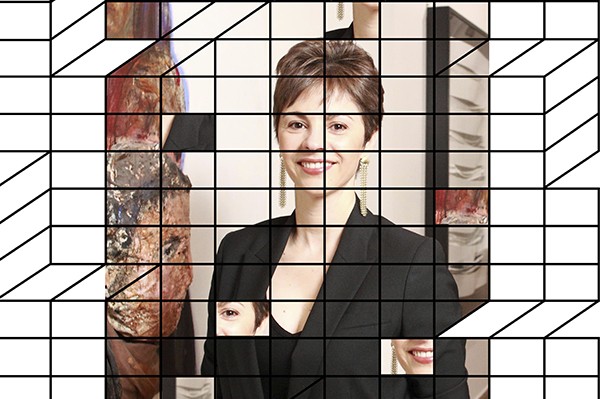 WE SPEAK WITH MARLISE JOZAMI

In Brazil, she produced and curated non-commercial exhibitions such as “Miles Davis” (co-production with the Cite de la Musique); “Aesthetic Punk” (co-production with the Festival of Arles); “Argentina Hoy” (first platform of divulgation in Brazil of contemporary Argentine art); “Obra Gráfica de Antonio Berni” and “Arte Américas” that brought together 100 artists from 63 countries. Moreover, she is the international advisor of BIENALSUR – International Biennial of Contemporary Art of South America, event held simultaneously in more than 20 countries.

In France, she promoted the creation of the Latin American Committee of the Pompidou Center, of which she is a patron, having donated important works so that Argentine art could be represented in that collection. She is also elected patron of the Reina Sofía Museum Foundation in Madrid, aswell as a member of the “Vivre en Couleurs” collectors program of the Cartier Foundation.

What does young art represent in the international panorama?

What role is art going to play in a world ruled by technology and immediacy?

Technology is already part of contemporary artistic creation. Not only as an expressive medium, but also as a cognitive way to live the artistic experience.

What part are collectors and curators supposed to play at an art fair?

The commercial operation is of course the main interest of an art fair, but the curators can help galleries to offer the visitors the possibility of appreciating every artwork regardless of the accumulation of images.

That would actually be the most adequate strategy to promote acquisition and generating interest among new collectors.

Above all, the vitality of a city that today is a reference in the world for innovation and a “hub” of European contemporary creation.

Why should people attend Swab Barcelona?

Because not visiting it would mean losing the possibility of discovering artistic expressions that are sure to grow on the international scene.