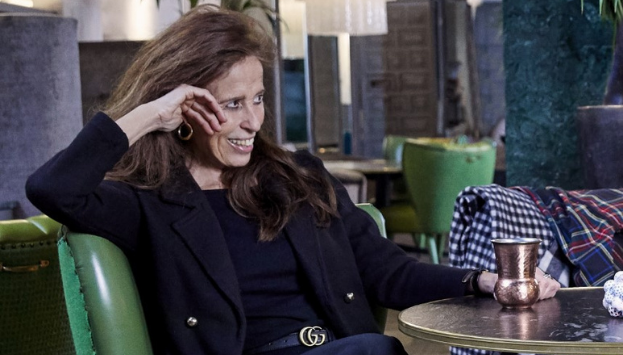 Today we talk to Menene Gras Balaguer, director of culture and exhibitions of Casa Asia and director of the Asian Film Festival Barcelona.

I am Menene Gras Balaguer. I am art. I am Barcelona. I am Swab.

A word that describes Barcelona?
Sea

Is your place of creation, the studio, inspired by your city?
My cabin, in my city

If Barcelona was an art work, what would you name it?
Bicycles are forever

A place in the city that connects you with art?
The Gran Teatre del Liceu, the Palau de la Musica, the MACBA and the CCCB.

A message to young creatives?
Living and dying every day

Menene Gras Balaguer is director of culture and exhibitions at Casa Asia and director of the Asian Film Festival Barcelona. D. in Philosophy and Letters from the University of Barcelona, she has been a correspondent for ARTFORUM (New York) in Spain for more than a decade, collaborating weekly in different media (La Vanguardia, El País, ABC), as well as magazines or other specialized publications, and has curated numerous exhibitions and projects. In 2015 she received the ACCA Award for Languages and Aesthetics of Spanish Videoart, as the best exhibition project realized abroad.  She is the author of four books of poetry and more than fifty books and catalogs, including Nam June Paik (2007), Beijing Time (2011), Chiharu Shiota. The Hand Lines (2014), The House and the Labyrinth (2015), The Japanese Garden. What is and is not between the spatiality and temporality of landscape (2015), Is that Beauty? (2016-2017), Manuel Ocampo, Bastards of Misrepretation (2017) or of texts such as J’AI ENVIE DE TOMBER AMOUREUSE MOI AUSSI. For Chantal Akerman (2020) and The Voices of Vivian Sutter (2021).