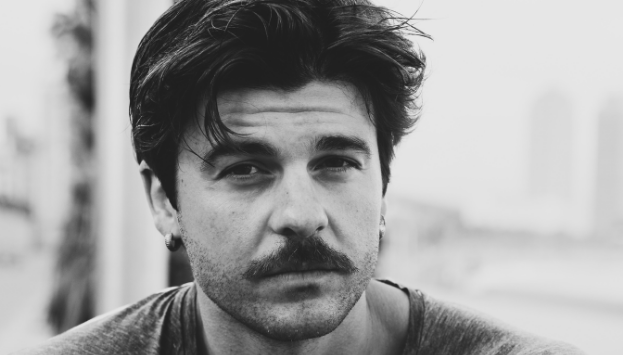 Today we talk to Jordi Coll, an actor trained in theater and musical comedy.

A word that describes Barcelona?
Walk around

Is your place of creation, the studio, inspired by your city?
Absolutely. During rehearsal periods, what I do most is walk around the city, stopping to read the text, memorize it…

If Barcelona was an art work, what would you name it?
Step by step

A place in the city that connects you with art?
The bar of Sala Beckett

A message to young creatives?
Move as much as they can. Explore creative avenues or different scenic forms. Soak up what others don’t do. Music, painting, theater, … everything. We are in a very fucked up time. The best we can do is to tell it in every possible way and without fear.

Trained in theater and musical comedy, he debuted in 2007 in the musical FAMA. Later he participated in the productions of GREASE, HAIR, MOLT SOROLL PER NO RES, ELS JOCS FLORALS DE CANPROSA, EL PETIT PRÍNCEP and currently in the play SOPAR AMB BATALLA. In television he has participated in series such as MERLÍ. SAPERE AUDE, MADRES, EL INOCENTE, LA OTRA MIRADA, EL SECRETO DE PUENTE VIEJO, ACACIAS 38, EL INCIDENTE, INFIDELS and EL MINISTERIO DEL TIEMPO. He also participated in the seventh edition of the program TU CARA ME SUENA.