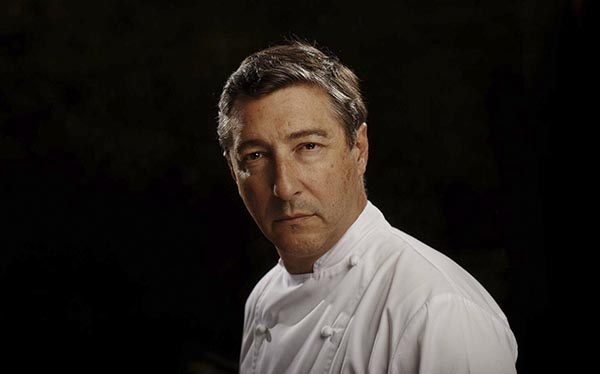 .“I am art. I am Barcelona. I am Swab ” is a series of interviews with relevant people of the Barcelona creative environment, whose aim is to enhance the cultural network of the city.

Today we meet Joan Roca, is a renowned catalan cook, chef of El Celler de Can Roca. His restaurant holds three Michelin stars and was named best restaurant in the world by the magazine Restaurant (2013 and 2015).

A word that describes Barcelona?

Is your place of creation, the studio, inspired by your city?

Yes, Barcelona, the great city near Girona, inspires me because of its cosmopolitan and multicultural character, its markets, its cultural and artistic offerings…

If Barcelona was an art work, what would you name it?

“El Somni”, in reference to a gastronomic opera that we performed at the Arts Santa Monica Theatre in May 2013, combining different disciplines and paying tribute to Barcelona.

A place in the city that connects you with art?

The architecture of Gaudí.

A message to young creatives?

I would tell them to seek happiness in what they do, success is precisely this.