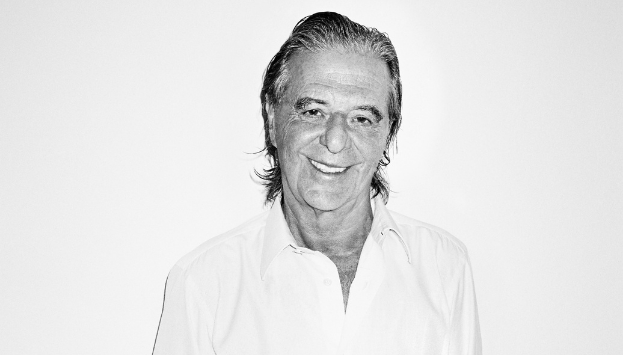 Today we talk to Ricardo Bofill, architect and postmodernist urban planner as well as founder of the Taller de Arquitectura created in 1963.

I am Ricardo Bofill. I am art. I am Barcelona. I am Swab.

A word that describes Barcelona?
Individualism.

Is your place of creation, the studio, inspired by your city?
I live and work in a cement factory that is part of Barcelona’s industrial heritage.

If Barcelona was an art work, what would you name it?
The Eixample and Gaudí.

A place in the city that connects you with art?
The church of Santa Maria del Mar.

A message to young creatives?
Energy and discipline.

In 1963 Ricardo Bofill brought together a multidisciplinary team to tackle the complexity of architectural practice. Architects, engineers, urban planners, sociologists, writers, film directors and philosophers formed what is now known as the Taller d’Arquitectura.
The evolution of the Taller d’Arquitectura, marked by the stimulus and vitalist vision of Ricardo Bofill, has gone through a series of practical and theoretical changes, partly related to the political and social transformations of recent years. The analysis of Bofill’s work as a whole reveals a high degree of coherence produced by a unique trajectory and language.