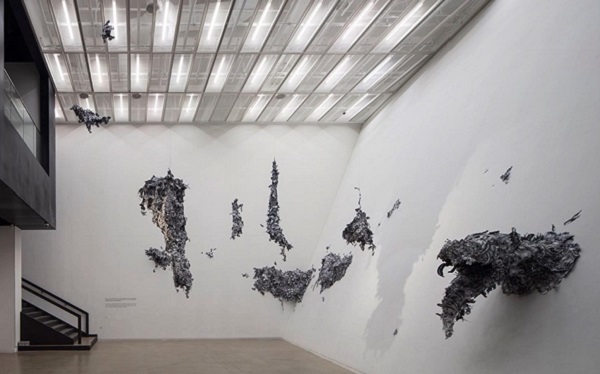 SWAB, the essential event for contemporary art in Barcelona, announces its 13th edition from 1 to 4 October

Barcelona, February 27.- SWAB, the Barcelona‘scontemporary art fair, announces its 13th edition, which will take place from 1 to 4 October. This year 80 galleries from all over the world will be participating, and there will be two special programs focused on the emerging scene of South Korea and Southeast Asia, regions that are in full artistic effervescence.

SWAB has established itself as a platform for new trends, mantaining its boutique format that reflects the most relevant current movements, both socially and artistically speaking; and as a meeting point that offers the possibility for collectors and professionals to discover new artists and galleries. Furthermore, this year SWAB reinforces its compromise with the sustainability urgencies, once again committing to programmes and actions that reinforce awareness on the climate change and focusing on the city of Barcelona as a platform for international exchange.

The main focus of this 13th edition will be in Asia, in response to the effervescence that this continent is experiencing, with programs on South Korea and Southeast Asia. The exhibited proposals will address global concerns from a particular perspective: the common awareness on sustainability, the cultural alienation caused by globalization and other contradictions generated by economic and technological progress.

Focus Korea, brings the scene of a country that is a reference both in the field of design, music, film or art, through four of its most representative spaces, while South East Asia takes over the Video Box program, which is consolidated in the fair as the video art section. This edition will feature four audiovisual works that reflect on the dimension of tradition and progress through the visions of participating countries such as Thailand, Malaysia or the Philippines.

In parallel to the special sections, the fair maintains its usual programs, such as the General section, which will host 40 galleries, with a significant presence of spaces from the American continent, and Swab Emerging, the program that shows in 10 galleries under 5 years old. In addition, the fair continues to showcase experimental proposals through programs such as Swab Seed, which presents 8 alternative spaces, and Swab Reading, which presents 5 projects halfway between artistic practice and literary publishing.

SWAB 2020 maintains its mission to introduce young galleries to the contemporary art market, which is why, through the MYFAF (My First Art Fair) program, it grants the participation of three emerging spaces that have not yet attended any international fair.

As a novelty, the Swab on Paper program -curated by Carolina Diez-Cascón– will extend its limits by introducing new media such as textiles, where both materials melt in the same dimension.

Once again, Swab is strengthening the emerging fabric of Barcelona in collaboration with the city’s creative factories: Hangar, La Escocesa and Fabra i Coats, through the Swab Ephemeral program curated by Caterina Almirall.

This 13th edition reinforces the collectors’ program both at international and local level, with specialized tours, prizes, acquisitions and private visits, always putting Barcelona at the center stage, the city that hosts this fair due to its idiosyncrasy and its condition of global reference in cultural exchange.

In the spirit of being a platform that brings together the creative fabric of the city, SWAB collaborates with the greatest talents of the local scene to claim its artistic and cultural value. For this reason, the fair will interview local personalities from all disciplines, such as Ferran Adrià, Sergio Caballero, Isabel Coixet, Jan Cornet, Maria Arnal, Aina Clotet, Clara Peya and Albert Serra, among others.

Following the steps of the last edition, SWAB strengthens its commitment to be a sustainable event, minimizing the volume of disposable material, both in the communication media and in the restoration area of the fair. In this line, Swab Picnic maintains its commitment to the quality and tradition offered by a classic like Flash Flash, among other gastronomic proposals.

* You can download pictures and other additional material in the following link.