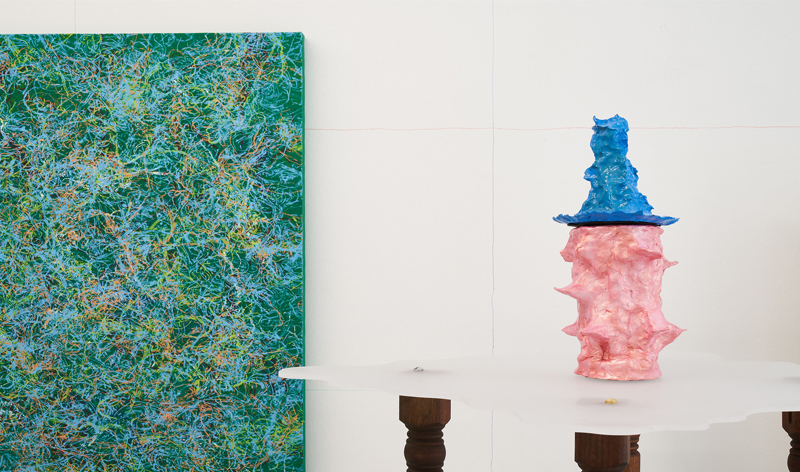 SWAB ANNOUNCES A VIRTUAL EDITION FOR 2020

-The contemporary Barcelona art fair, which will take place from October 1st to 15th, can be visited in 3D via an app that will recreate the pavilion and its galleries digitally

-Asia establishes itself as a benchmark at this new edition, reflecting the new vibrancy of territories such as Korea and South East Asia. It will do so through the Focus Korea programme, which will feature 4 Korean galleries, and Video Box, which will host 6 galleries from countries such as Vietnam, Singapore, Indonesia and the Philippines.

-The General Programme returns with the sub-programme Emerging, which is joined by SWAB Seed, MY FAF (My First Art Fair) and SWAB Reading

Barcelona, ​​June 19th.- It is official: this 2020 SWAB will carry out its first virtual edition. The health crisis and the impossibility of guaranteeing a 100% safe event for everyone, has led the Barcelona contemporary art fair to propose a fully digital format. From October 1st to 15th, SWAB can be visited virtually through an interactive app almost like a 3D video game that has been created by the team of architects and programmers of the fair itself in order to achieve the highest sensory quality of the fair at a digital level.

This way, SWAB wants to provide an experience that will bring the user closer to what the physical fair would have been and that gives continuity to the artistic proposal of the exhibitors, generating direct contact between them and visitors with the possibility of walking through the corridors and visiting stands as would be done physically. Despite the fact that this 2020 is celebrated in an unfavourable context, SWAB wants to take the opportunity to explore new formats from which to learn and grow.

SWAB, digitally at this edition, will offer a programme in line with its specialized boutique-fair DNA. The General Programme will welcome a selection of local and international contemporary art galleries, with a large representation of Latin American women, who represent artists born since 1970 with a clear objective: to be the paradigm of a young, boutique fair. In this programme we can find local galleries such as ADN Galería,Ana Mas Projects and RocíoSantaCruz, other national galleries including ATM  (Gijón) and international ones like A+B Gallery (Brescia),  Embajada (San Juan), Lily Robert  (Paris),  Gamma Galeria ( Guadalajara) and Galerie Nosco (Marseille) among others. This General Programme once again has the Emerging subsection, dedicated to emerging galleries with less than five years of existence, and which this year welcomes Dilalica (Barcelona),  Km 0.2 (Santurce) and  NOADDRESS gallery  (Rio de Janeiro ), among others.

As usual, the fair will also feature programmes such as SWAB Seed, which this year celebrates its sixth edition and continues to give visibility to independent platforms and projects self-managed by artists. This year, as a novelty, it will be backed by the Fundación Vila Casas, which will team up with the programme awarding grants for the participation of 4 independent Catalan spaces: Groc Projects, Homesession,Tangent Projects and Trama 34 , thus promoting emerging Catalan talent.

These proposals will be exhibited with international exhibitors AA Collections (Viena), The Balcony (The Hague), Vellum (New York) and VF Projects(Tallahassee). Also, MY FAF (My First Art Fair) will continue to support a selection of 4 galleries with less than two years of existence, representing artists born since 1975, and who have not yet attended any fair. These spaces, which have been awarded grants are G/ART/EN (Como), Kino Tonalá (Mexico City), Spazio ORR (Brescia), Zarinbal Khoshbakht (Cologne). Finally, for yet another year SWAB Reading invites a group of projects that present works that combine art and publishing, with an exhibition of books and experimental publications. It will feature Highchair Editions from London and Monorhetorik  from Amsterdam.

SWAB continues for another year with a series of programmes led by curators that aspire to reflect new voices on the contemporary art scene. This is the case of Ephemeral, curated by Caterina Almirall and with the collaboration of the three creative factories in Barcelona (Hangar, Fabra i Coats and La Escocesa), that presents ephemeral projects, in an installation format, that seek not only the contemplation of the works, but also interaction with them. For this edition there will be digital works that reflect on how this medium affects works of art and the reflection on social isolation or distancing.

Another already established example at the fair is the On Paper programme curated by Carolina Diez-Cascón, which presents proposals that reinterpret the artistic language of paper. This programme focuses on the medium as a contemporary technique, exploring at this edition its dialogue and challenge with other materials such as acetates and canvases echoing its two-dimensionality. There will be six proposals presented by the galleries; Piedras (Buenos Aires), Patrick Heide (London), Montoro 12 (Brussels), Ravnikar Gallery Space (Slovenia), Alfa-Gallery (Miami) andMM Gallery (Buenos Aires).

ASIA: protagonist of the 2020 edition

This year, the fair also launches a programme, Focus Korea, which presents four projects from one of the leading countries in terms of art and trends: One Four (Seoul), Gallery Mei (Busan), Galerie ERD (Seoul), Art Delight (Seoul) The proposals that can be discovered combine traditional Korean imagery with contemporary and innovative formats based on the work of four galleries:

Also, Southeast Asia will be the protagonist of Video Box, the video art section of the fair, in which audiovisual projects from 6 of the most representative galleries in the region will be exhibited. This Swab 2020 will thus welcome the participation of Gallery VER (Thailand), Pablo Gallery(Philippines), Pure ever (Singapore), Studio Batur (Indonesia) and Supernormal Space (Singapore).

As every year, SWAB Barcelona promotes an international collecting programme that aspires to expand the private collections of its participants and to encourage new collectors by initiating them to the world of art and the purchasing of contemporary works of art. This year, the programme will be transferred to digital format, maintaining activities such as virtual visits to collectors’ houses in up to 5 different countries, such as that of Jose Luis Lorenzo in Argentina, Steven Guberek in Colombia and Alejandra Castro Rioseco in Chile, enabling people to discover their most recent acquisitions and most unique pieces.

The fair will also keep its parallel online version on ARTSY, which will also be promoting international collecting and expanding connections for galleries.

SWAB’s goal is for the collector to have an intimate and satisfying experience, to grow during the fair and to meet artists, gallery owners and find out about projects that they had not previously contemplated.

For yet another year, artists, gallery owners, collectors and professionals from the sector will find a meeting point at Swab to attend talks, round tables, and debates on art and current affairs. This year, the talks will take place via videoconference and the programme will be announced very soon.

At each edition, SWAB Barcelona rewards its participants for their contribution to emerging talent and contemporary art. This 2020, despite the fact that the fair will take place virtually, it will continue to award the Espronceda artistic residency award at its Barcelona facilities; the DKV for the best Spanish artist, the MANGO for the best emerging artist and the Colección Diezy7 for artworks on paper, whose award-winning work is selected by a jury made up of curators and contemporary art critics.

This year, SWAB did not want to leave the little ones out of this artistic experience, so it has adapted its Kids space to the online world with a virtual 3D game that can be found on the App developed for the 2020 fair. This corner aims to be a space dedicated to games and creativity, where children can have fun and develop their creative genius without limits.

Swab online wants to maintain the personal experience that is generated in the pavilion, giving a digital presence to its collaborating companies and, thus, underpinning the fabric of the city. So, the visitor will have the opportunity to continue enjoying the best Flash Flash omelettes while walking online through the fair, by placing their order on site on the application or listening to and getting the latest musical novelties from the Festival MIRA.

SWAB Barcelona is a fair that throughout its 12 editions has worked with the same philosophy, reflecting the new trends in contemporary art and being a platform for established galleries as well as young and independent spaces that are beginning their journey on the international circuit. This is a fair with an open objective that presents a select and specialized proposal on the most contemporary international art scene.

Founded in 2006 by collector and architect Joaquín Diez-Cascón, the fair remains faithful to its original goals, maintaining an exclusive human-scale format of 70 galleries selected by the fair’s selection committee, made up of relevant collectors and curators from the market today.

You can downlowad images and further information HERE.